Tennessee fell from No. 1 to No. 5 in the College Football Playoff rankings following its 27-13 loss at Georgia on Saturday. The Bulldogs are the nation’s new No. 1 team, followed by Ohio State, Michigan and TCU, in that order. The top four teams get into the playoffs.

With that in mind, Tennessee still has a legitimate hope of making the field of four, but will probably need some help to do so. Here are a look at the games Vols fans need to keep an eye on across the final four weeks of the college football season.

Obviously Tennessee must win its remaining three games to have any hope of the playoffs. For the Vols, the remaining schedule is favorable, with games against unranked Missouri (4-5), South Carolina (6-3) and Vanderbilt (3-6).

It starts this Saturday with a visit from the Tigers (12 p.m., CBS Sports). On paper, Missouri isn’t very good. But the Tigers boast a good defense, and actually came closer to beating Georgia than Tennessee, losing 26-22.In fact, of the Tigers’ five losses, four were by a touchdown or less, including games against Georgia, Florida, Kentucky and Auburn. Since giving up 40 to Kansas State early in the season, the Tigers have given up more than 24 points just once. It’s a scary game for a Tennessee team that will attempt to rebound from a frustrating game against Georgia.

All Tennessee fans will have their eyes on TCU’s visit to Austin, Tex. on Saturday (7:30 p.m., ABC Sports). It’s easy to say that the Horned Frogs are overrated — and they are. But they also won four straight games against ranked opponents (Oklahoma, Kansas, Oklahoma State and Kansas State). And they’re unbeaten, so it’s not at all surprising that they’re ranked ahead of Tennessee.

So far, TCU (9-0) has defied odds. But the odds are again against the Horned Frogs this weekend, when they hit the road to face No. 18 Texas (6-3). In fact, the Longhorns — which have won four of their last five, including a 49-0 drubbing of rival Oklahoma — are a seven-point favorite to win the game.

If TCU wins this weekend, and then wins out, it will cement its status as one of the four playoff teams, and the Vols very well may be left out in the cold.

The stakes couldn’t be higher than they will likely be in the final week of the regular season, when No. 2 Ohio State hosts No. 3 Michigan. The winner will almost certainly be a playoff team. The loser will still have a legitimate argument as a one-loss team, but seems likely to drop below a one-loss Tennessee team in the standings, provided the Vols win out.

However, what happens if the game is close, decided by a field goal or less? Then Tennessee fans will have to be nervous. But it’s the only game the loser is likely to lose. Ohio State’s other games are against Indiana and Maryland. Michigan’s remaining games are against Nebraska and No. 21 Illinois.

The best scenario for Tennessee: Illinois defeats Michigan, and so does Ohio State the following week. That would end any hope of a playoff berth for the Wolverines; they would finish the season with two losses.

Of course, it’s also plausible that Michigan could lose to Illinois, then beat Ohio State, and both one-loss Big Ten teams would be left out of the playoffs. But that seems unlikely. A win over an unbeaten Buckeye team would likely push Michigan back into the Top Four.

At No. 6, Oregon is currently ranked behind Tennessee. But the Ducks are college football’s hot team at the moment, having won eight straight games since a season-opening loss to Georgia. (What’s more, Oregon quarterback Bo Nix is now considered by some to be a better candidate for the Heisman Trophy than Tennessee’s Hendon Hooker.)

If Oregon wins the Pac 12 as a one-loss team, there’s a significant chance that the Ducks surpass a one-loss Tennessee team in the playoff standings. So, Tennessee needs the Ducks to lose. The first opportunity is this week, when No. 25 Washington visits Eugene (7 p.m., FOX). Unfortunately, Oregon is a two-touchdown favorite to win the game.

Oregon has one of the toughest remaining schedules of all playoff contenders, and will entertain No. 13 Utah after facing Washington this week. On paper, the Utes have a much better chance of beating Oregon than Washington does. They’re 7-2 and have won three straight, including a nail-biter against then-No. 7 USC.

What happens if LSU runs the table (which would include beating Arkansas and Texas A&M) and then defeats Georgia in the SEC Championship Game? Chaos. Even though the Tigers have lost two games and were absolutely drubbed by Tennessee (40-13), they would likely move ahead of the Vols in the playoff standings if they’re the SEC champion. Is that fair, given the two teams’ head-to-head result? No. But only four teams can get in, and LSU will be not only the champion of college football’s toughest conference, but would also have beaten Georgia — something Tennessee was unable to do.

For the moment, though, the best hopes of Tennessee making the playoff seems to be TCU and Oregon losing. It’s not unthinkable that the Vols can get in even if Oregon doesn’t lose. The Ducks would be a one-loss conference champion, but it wouldn’t be unprecedented for the playoff committee to leave out a team with that resume. And Tennessee did have a better showing against Georgia than Oregon, though not by a lot. Theoretically, Tennessee would move ahead of TCU if the Horned Frogs lose, and will also move ahead of the Ohio State-Michigan winner. There would be controversy, but there almost always is when the final four teams are selected for the playoff.

Of course, if the Vols are upset by one of the three remaining teams on their schedule, it all becomes a moot point anyway. 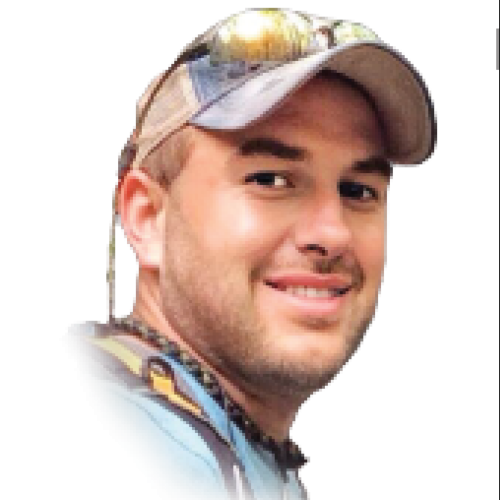